thanks to all the Facebook groups and Matty Collector.com for all the images from SDCC.

(Hands on Demo of Castle Grayskull with box art behind it) 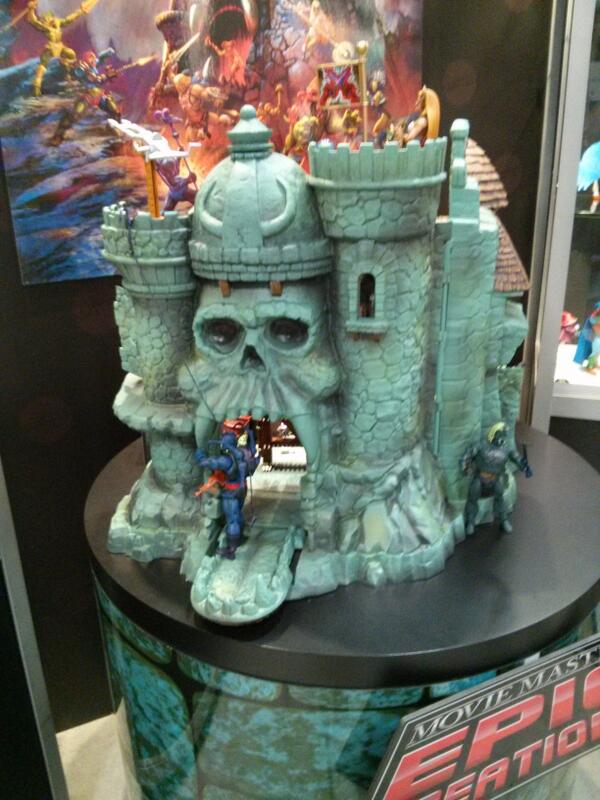 Masters of the Universe® Classics Weapons Pak: End of Wars™

The final MOTUC weapons pak is here, and it’s overflowing with fan-demanded items including:

Masters of the Universe® Classics Sky-High with Jet Sled™

coming this fall, for the first time we’ll have a figure with a mini-vehicle! Daring test pilot Sky-High arrives with the long-requested Jet Sled™, the front half of the vintage Battle Ram vehicle featured heavily in the Filmation series. Sky-High is the heroic fighter pilot best known (okay, only known) from the background of a vintage ‘80s poster where he can be seen piloting the Wind Raider™! Masters of the Universe® Classics Geldor™

This Fan’s Choice winner is coming to your collection as the November monthly figure! Geldor™, the villain from the classic mini-comic “The Secret Liquid of Life,” crushed all other challengers and took the top spot! This Geldor™ figure will include removable red armor, oversized battle axe and secret water vile.