So, I finally sat down and watched the first three chapters of Book Two. I have to say that the hype is well worth it. Book One felt so “not” like the original series, that it was a bit off putting.

Coming into Book Two, we are finally getting to see where this series is going and how it will evolve into something unique and different.

This new season has so much build up and yet still finds time to remind loyal fans why they loved the Last Airbender.
The silliness and room for jokes/comic relief fit in and is never forced.

This season finds our new Avatar, Korra, traveling back to her roots in the Southern Water tribe where we finally see more of her family and how differences in opinions fuel a civil war with the Northern Water tribe.

Yet there is one more new element added to this series and that is of the Spirits. This is so inspired by Miyazaki and the themes in Princess Mononoke, there is no way that it is not intentional, at all.

This new factor makes this season stand on its own two legs. I still have issues with the lead, Korra, though.  Her mood swings are so sharp that I find myself not wanting to cheer for her. I know she is a teenager, a young lady coming into her own.

Maybe that is the issue? There could be a better balance of teenage angst and her duty as the current Avatar? Her supporting characters are so well thought out that they seem to be the main focus to me. I hope all this teen rage turns out to reinforce Korra into the best Avatar we have ever seen.

I give the first three chapters of Book two a solid 3/5. Watch it every week on Nickelodeon. 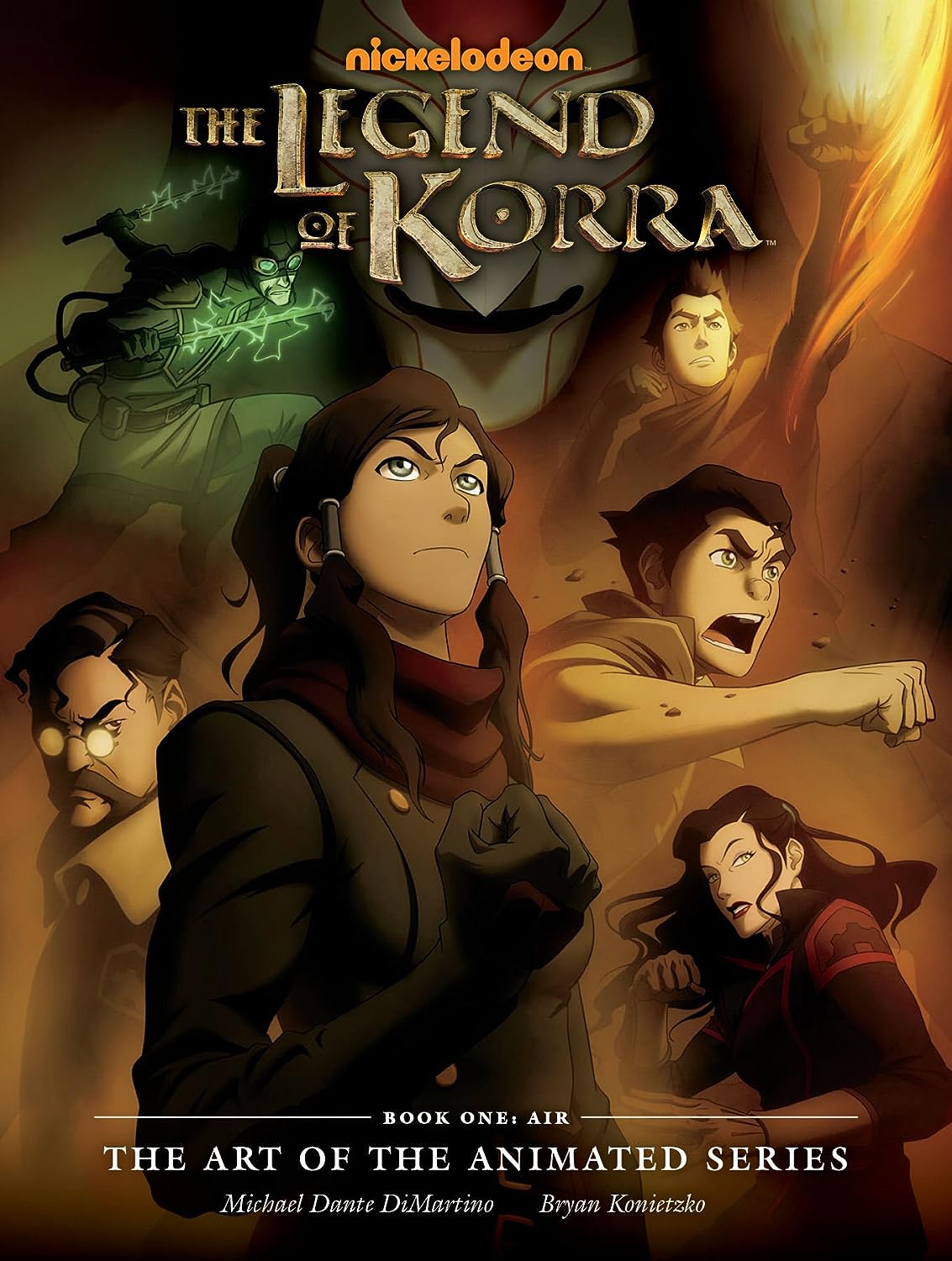 As far as animation goes, Avatar the Last Airbender was probably one of the greatest TV series created in the last decade. It would be no surprise that a follow up to the series would be made: The Legend of Korra.

This art book collects some of the most impressive art and concept drawings from the series. It makes me wish I had liked the new show better. The art is just as breathtaking as the Last Airbender, yet you can see the subtle differences.

If you are a fan of the new series or just a collector of art books, this is a solid 4/5 and after reading this book, I am going to watch season two when it starts up in the fall.