the Unofficial Sentai Akibaranger would very likely come back for a second season. It was confirmed at an Kamen Rider and Super Sentai event

called, “Super Hero Festival”, on January 11 that Akibaranger will in fact return for a second season. 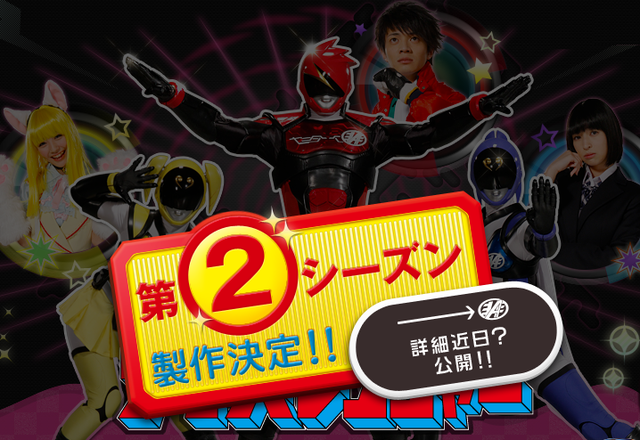 WE love the idea of this show and want to see more of this. If you have never been to “Akiba” Akihabara (Japanese: 秋葉原) watch my video on it

Coming out in just a few weeks , Hikounin Sentai Akibaranger (a.k.a. Unofficial Sentai Akiba Ranger). The show features a trio who fight evil in Akibahara’s Electric Town neighborhood by becoming heroes themselves.On the Tamashii Features page, it’s been announced that Akiba Red, Akiba Blue and Akiba Yellow will all be receiving S.H.Figuarts figures in the future, along with a small promo shot showing off all three.

Nothing cooler than a hyper Chibi style action figure that comes with its own seat and tv!

The Anarchy sisters, Panty and Stocking, are angels who were kicked out of Heaven due to their bad behavior. They are sent to Daten City (a pun on the Japanese word datenshi (堕天使, lit. “Fallen Angel”)), a place located on the edge of Heaven and Hell. Strange monsters called “Ghosts” besiege the city, but the Anarchy sisters wield a variety of mysterious powers, most notably their ability to transform their underwear and stockings into weapons.

Under the watchful eye of Reverend Garterbelt, and with their pet zipper-dog Chuck, it’s up to Panty and Stocking to destroy these Ghosts, in order to collect enough Heaven Coins to return to Heaven.

I feel fans of Mega Man and the Miss adventures of Tron Bon will really be into this toy ! coming out in late December 2011.