Hello, everyone. Welcome to our Japanese learning series hosted by Crystal Base. We hope you enjoy our first video in this ever growing series.

Sometimes there are just no words  -watch if you dare- 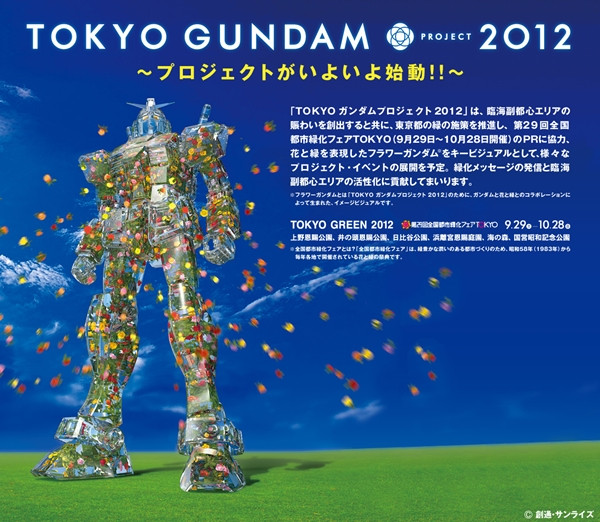 “Tokyo Gundam Project 2012” is an event to promote “Green” in Tokyo’s waterfront areas by the image of “Flower Gundam”, RX-78-2 Gundam covered with flowers and green. The event will start at Diver City Tokyo where the 1/1 RG RX-78-2 Gundam & Gundam Front Tokyo is located in Odaiba on July 14, as part of the National Urban Greenery Fair Tokyo. A promotion image video which will be screened at the event “Flower Gundam Activates!” was advance released on YouTube.